We often speak of “business ethics” as if the choices involved are quite clear.  Black versus white.  Should one report a supervisor’s harassing behavior?  Is it OK to backdate quality records?  Can I leave a serious worker injury off the OSHA 300 report?   Yet, many ethical choices are more subtle, with less obvious outcomes.   For instance . . .

At DB Thin Films we applied decorative, PVD coatings to medical instruments, auto parts, door hardware, and much more.  As a Tier 3 automotive supplier we bonded titanium, zirconium and other materials to Chevrolet, Nissan, Lincoln and Buick emblems.  Our work appeared on many a front grille assembly at the time.  One day, we were asked to quote and submit samples for coating, in black titanium-aluminum-carbonitride, the individual letters that spelled FRONTIER on the tailgate of the eponymous pickup truck.  We were happy to do so, duly test-coating full sets of Frontier letters as requested.

A year or so later, the contract was ours.

While we had received full letter-sets to coat when submitting our samples, actual production involved receiving and coating individual letters as they arrived.  We might receive a load of Fs this week, Rs next week, and so on.   Each had to be returned within a few business days.  To ensure consistency, every production run was tested to verify that it fell within the accepted color limits.  Our color tolerances, however, were established by coating full sets of letters.  As approved, a slightly darker set would be consistently darker; a lighter set would be equally light across the entire Frontier name.

In practice the sets were assembled by our Tier 1 partner who selected individual letters, each coated at different times with differing hues.  The end product could be eye-catchingly mismatched.

We could not change how the letters were supplied to us, nor the timing of our return shipments.  We were meeting the requirements of our contract.  To our knowledge, nobody had complained.  Yet, the emblem reflected badly on all concerned.  Should we reduce our color tolerances and absorb the costs of much lower production run yields?   If we did, should we submit a formal PPAP (Production Part Approval Process) request as required, a time consuming and difficult process that involved some risk?   Should we alert anyone?  The project was a large one for DB Thin Films at the time; we could not afford to lose it.

What should we do?

This ethical dilemma, like the Frontier emblems themselves, was less a question of black vs. white but, rather, one of shading and interpretation.  There was no clear right-versus-wrong.  It was a difficult decision.

So, when you’re read essays about “business ethics,” bear in mind that some moral choices involve similarly complicated circumstances.  Choices which, in retrospect, seem obvious were not always so.  Consider also that, like me, you may be reminded continually of your decisions . . . like the mismatched emblem colors I still occasionally see on Nissan Frontier pickups.  They look worse with age. 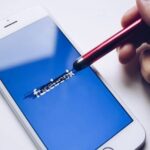 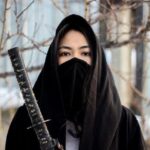 Every Day Is Halloween 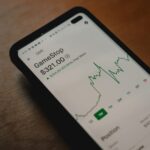 Taking it in the (Stock) Shorts